With fish stocks in decline across Cambodia, the floating communities who have called Tonle Sap Lake home for decades are now at risk of losing their livelihoods. 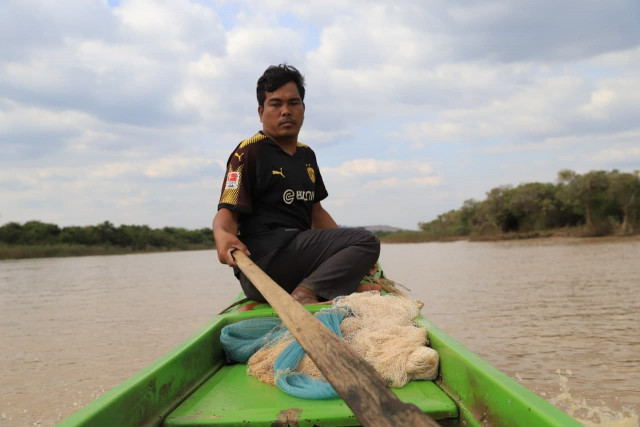 SIEM REAP–Annually decreasing fish yields are adding additional financial pressures on communities living in Siem Reap Province, with residents complaining that making a living from the Tonle Sap Lake is becoming harder and more people are falling into debt.

Sleh Ker is ethnically Cham and had brought his family from his hometown in Kampong Chhnang Province to live in Chong Kneas floating village, Siem Reap Province more than 10 years ago. It was the economic opportunity provided by the fish that attracted his move north, but now he has noticed the fish population diminishing and his family’s debt is rising.

“We live on the river, hoping for fish, but when the fish are gone we have face hard times,” he said, adding that he does not own a farm and has no skills beyond fishing.

“My children are trying to find other work, but some are still trying to get by on fishing,” he said.

These days, he noted, he has to travel up to 60 kilometers from his village to find fish and somedays he still cannot find any big fish to sell. His son has resorted to traveling as far as Battambang and Pursat provinces to find fish.

“It’s not certain, but maybe over one or two nights, we can catch around 20 to 30 kilograms of fish, but expenses on gasoline, ice and food means there’s only about 50,000 riel [$12.24] left,” complained Ker. “Some days we spend on gasoline and catch nothing.”

The decline in fish stocks in the Tonle Sap Lake is multifaceted, with illegal fishing, upstream dams and climate change all playing a role in the destruction of Cambodia’s ecosystems. Ker called on the government to crackdown harder on illegal fishing to ensure that livelihoods are preserved.

However, in the meantime Ker conceded that he may attempt to relocate from the lake to the land in order to provide more opportunities for his eight children.

Siem Reap’s Department of Agriculture, Forestry, and Fisheries director Tea Kim Soth declined to comment on the matter, saying that he was busy with a meeting./Sovann 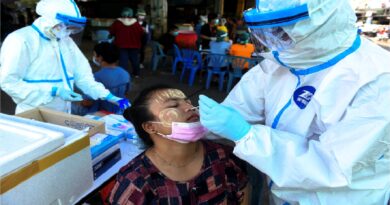 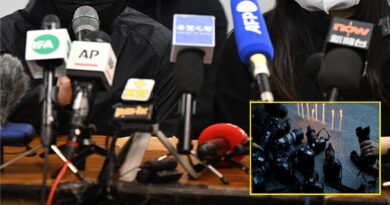