According to a new ADB study released on Jan. 20, 4IR technologies will eliminate jobs in the garment and tourism sectors, but these losses would be offset by an increase in demand arising from higher productivity, potentially generating net job increases of 39 percent and 2 percent respectively.

But despite the overall positive net employment effect in both industries, there is no guarantee that displaced workers can seamlessly move into newly-created jobs without adequate and timely investments in skills development, the ADB report read.

“Job displacement is also more likely to impact women which make up around 81 percent of Cambodia’s garment manufacturing industry,” the report said.

“While 4IR could be transformative for jobs and skills in Cambodia, we must address the potentially disproportionate impact on women,” ADB Country Director Sunniya Durrani-Jamal said according to the press release.

Cambodia still being a developing country, the development of new technologies remains challenging as basic innovation capabilities and human resources, are still in early stages. And, as ADB’s surveys have shown, employers in Cambodia display a much lower understanding of 4IR than those surveyed in Indonesia, the Philippines, and Vietnam, the press release said.

Cambodia has to develop technical and vocational education and training programs with dedicated 4IR credentials in garment manufacturing and tourism, this, with flexible skills certification programs that recognize skills attainment outside traditional education channels, the ADB stressed in the press release.

As a UNDP indicates,

A report of the United Nations Development Programme (UNDP) Cambodia in 2020 had highlighting similar issues. Entitled “Adaptation and Adoption of Industry 4.0 in Cambodia,” the report indicated that, while Cambodia has made significant social and economic improvements over the last decade, the country still faces several challenges to take full advantage of the opportunities offered by digital technologies.

Nick Beresford, UNDP Cambodia’s resident representative had pointed out that far too few enterprises in Cambodia are aware of, let alone access, to new Industry 4.0 technology. As a result, the economy is missing out on big productivity gains and workers are missing out on high-skilled jobs and better pay, he said.

“This report is an excellent counterpart to the work undertaken by the royal government on Cambodia’s digital strategy and we are keen to synergize the two,” Beresford said. 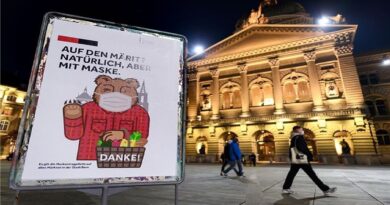