BANGKOK– Thailand on Saturday confirmed 490 new COVID-19 cases, bringing its total caseload to 23,134 with no new death, according to Center for the COVID-19 Situation Administration (CCSA).

Of the new cases, 479 were domestic infections while 11 others referred to imported cases, said CCSA assistant spokeswoman Panprapa Yongtrakul.
Some 410 of the domestic cases were detected via active testing among foreign migrants and Thai nationals at factories and communities in Samut Sakhon province, according to Panprapa.
Thailand has so far confirmed 23,134 cases, with more than 80 percent of the infections being detected since mid-December when the latest outbreak erupted in Samut Sakhon, about 47 km southwest of the capital Bangkok.
A total of 16,274 patients have fully recovered and been released from hospitals while 6,781 others are currently hospitalized. The total death toll remained at 79, she said. /Sovann 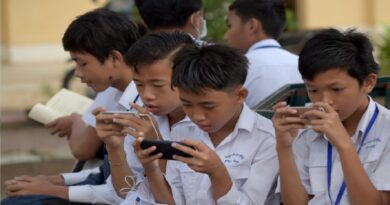 CAMBODID : Cyberbullying in Higher Education in the Digital Age